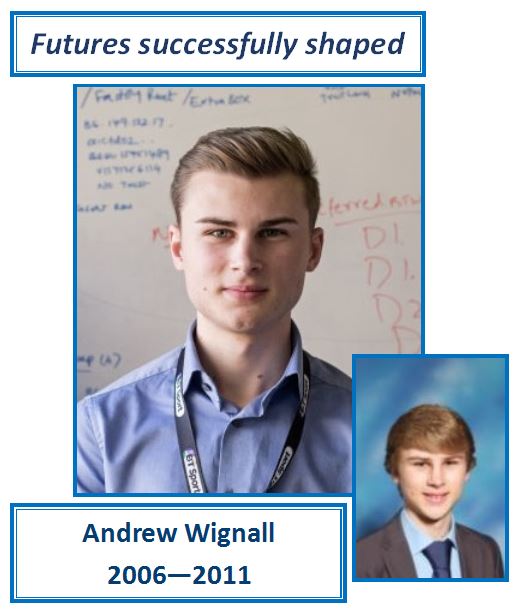 I miss my time at school, being around my mates all day, getting involved in all the sports days and representing the school in rugby, football and athletics events.

Manningtree High School gave me a solid grounding for my future, both in my career and personal life. I built up my confidence, social skills and gained an attitude towards working hard.

I’ve got many good memories from my time there. I’ll always remember the yearly ten mile sponsored walks that we used to do, to raise money for the school. They were good fun and a nice break from the day-to-day school routine.

There are too many teachers to mention that inspired me, but I will call out my English teacher Mr Jones. It was looking like I was on my way to getting an E in English (it was never my strongest subject), but with his support, guidance and belief, I was able to tell him on GCSE results day that I got a B in English! Reflecting on this, he really made me think that something I didn’t think I could achieve was achievable, if I worked at it and worked hard, and I’ve taken this with me through my career.

If I’m honest I had no idea what career path I wanted to go down while at Manningtree and after leaving school to study A-levels at Colchester Sixth Form, I still didn’t. I chose to study maths, physics, electronics and graphic design, mainly because these were the subjects I enjoyed. However one thing I was certain on was that I didn’t want to go to university, I wanted to start my career as soon as possible. So I applied for an apprenticeship at BT and was successful!

Part of the apprenticeship was studying for a foundation degree, while also working within the team I had been put into. I was able to try out a few different roles and responsibilities within the team, before I found data analysis. I decided this was the area I wanted to continue to develop my skills in. After pushing myself, I became the ‘go to’ person for anything data related in the team.

I completed my apprenticeship after three years, and continued to work in BT TV for another two years doing data analysis on the BT TV and broadband customer base. I got promoted twice while in that team and now recently promoted again into a Data Analysis Manager role in Openreach. This was all possible again, through working hard, pushing myself and trying new things to find myself in a role I enjoyed doing.

I recommend if you’re not sure what you want to do, just follow what you enjoy!