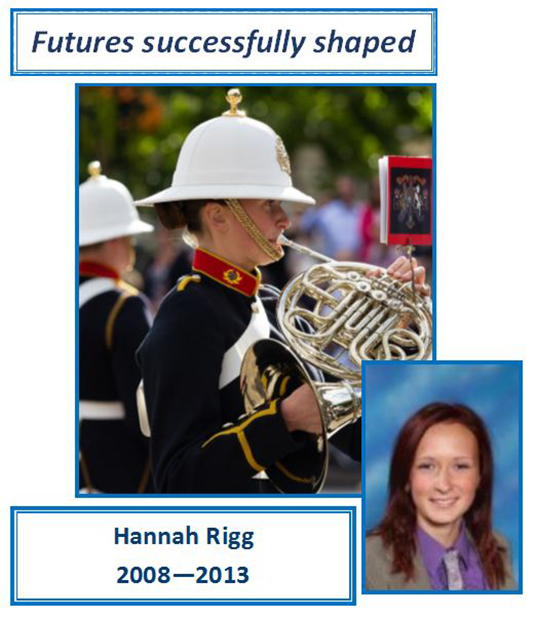 My time at Manningtree, was the best.  I loved school, I had great friends and great teachers that were always very supportive. My main involvement in school activities was swimming, art and music.  I loved to play music, which was the main reason I chose to come to MHS. It was the only school in the area that had Music as a subject. I first played the euphonium at Chase Lane Primary School when I was 9, and then progressed into the Tendring Brass Band.
In 2011 there was a shortage of trombone players in the brass band I played in, so I decided to give that a go. Since then, that’s all I really played.  I was in all the lunch time rehearsals at school and all the shows that were put on by the school.  I would also represent the school in swimming galas as well, as this is what my Sister and I used to do from a young age.
When I finished school, I had no idea what I wanted to do, so I decided to continue with my education and get my A Levels done at Harwich and Dovercourt Sixth Form.  All I did was choose subjects that I liked, which were English language and literature, world development, religious education and art.  With only 6 months left at college, I still didn’t really know what I wanted to do, so with a lot of thought I applied for University and got in to study either art or English language.
Then in the January of 2015, I was given the opportunity to play at the Royal Hospital School with the Royal Marines Band. From that day on I knew that was what I wanted to do. So the next day I applied. I had meetings, interviews and tests at the Ipswich recruitment centre which I passed. The next stage meant I needed to get fit and pass the basic fitness test that was required to join up, which I only had 3 months to get my fitness up to scratch for. But with a lot of hard work and determination I passed all auditions and was given the starting date of September 2015.
After 3 years of training I passed out on the 3rd August 2018 and I am now based at HMS Collingwood with Her Majesty Royal Marines Collingwood Band. I started there at the beginning of September and I have already been to Switzerland to do a Military Tattoo in Avenches. The following week I then spent in Wales doing what we call adventurous training. It’s a week out of work to allow us to expand on our leadership skills, team work and to get our adrenaline going. So we arranged a week of activities such as mountain biking, tree top zip lines, canyoning, and many more. We also climbed up Snowden which is the highest mountain in Wales. In the next few months I will also be performing in South Korea, and Chile. Think it’s safe to say my hard work has paid off.  So to that end, don’t worry about not knowing, as you never know what’s waiting for you around the corner. Work hard and you will get what you deserve.
I would say having a sense of humour got me and many others through the challenges that were thrown at us in our military training.  It’s something everyone needs as things won’t always go your way. Just keep smiling! I like to think I always do my best even when things get tough. It’s about never giving up and following your dreams.
Being a Prefect is definitely something worth doing, whether it’s to give you some responsibility or to give you a bit of confidence to speak out. Prefects were always the ones to look up to and set the example. However, even if you don’t get to be one, it doesn’t mean you can’t set an example too. You can be who ever you want to be, but it’s up to you to make it happen.
My memorable moment at MHS would be when I was sat in the school band playing my trombone with all my friends around me and still managing to smile at them whilst playing my instrument. That used to always make my friends laugh, especially Mr Page!!