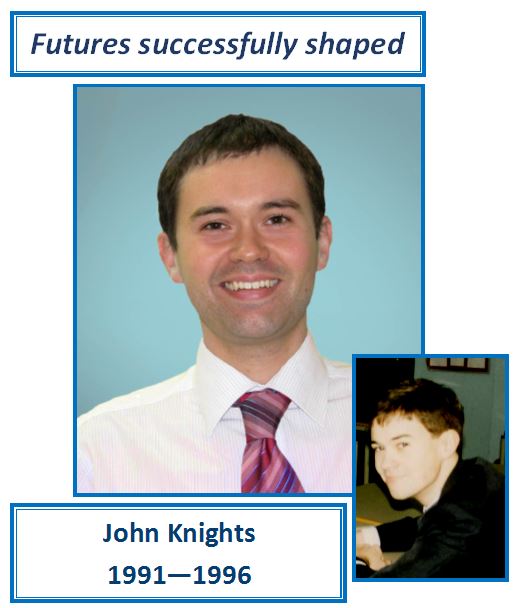 While at school I was a founding member of the School bank, run by Barclays, which operated from Room 1 at lunchtimes once a week. Memories I have include: going on a Year 7 trip to Le Touquet; Bassingbourne Barracks for a military open day and the World War One battlefield day trip to the Somme. While at school, history and physics were my favourite subjects and I wanted to go on to study history at degree level.
I achieved a set of good grades at Manningtree – I was awarded the Lloyd Willimot prize for the highest boy’s GCSE grades in the year – and I went onto study physics, maths and history at A Level at Colchester Sixth Form College. While I was there, I decided that physics was the subject I wanted to take further, and I went on to study for a physics degree at the University of Bath.
I always had a thought of becoming a teacher – while at Sixth Form, I completed a pre-teaching course which involved returning to MHS once a week to observe teachers and discover what it was like to be a teacher. After University I worked as a web designer for a year and then applied to train to be a teacher starting in 2002. I carried out my second training placement at Manningtree in spring 2003 and was offered a job as a physics teacher, starting in the summer of 2003.
In 2006 I became second in science and in 2008 I became head of science, a role I really enjoyed and which I continued until leaving the school in 2018. I now work for a local trust of schools leading on their science strategy.
I enjoyed my time as a student at MHS and have kept in touch with many of the friends I made there. The school has always been welcoming and friendly and therefore I jumped at the chance to work there when the  opportunity arose. While working there I often had flashbacks of my time as a student when walking around the site, especially as some of the classrooms are still similar. There have been several changes though—the room I used to teach in (room 12) was once the cookery room and the English and music blocks didn’t exist. A few of the staff are still there however. Miss Blackford taught me and Mrs Lane started in the library the year I left as a student.
MHS has taught me many skills which have been so useful over the years. I will always feel a part of the school and endeavour to keep in touch in the future.