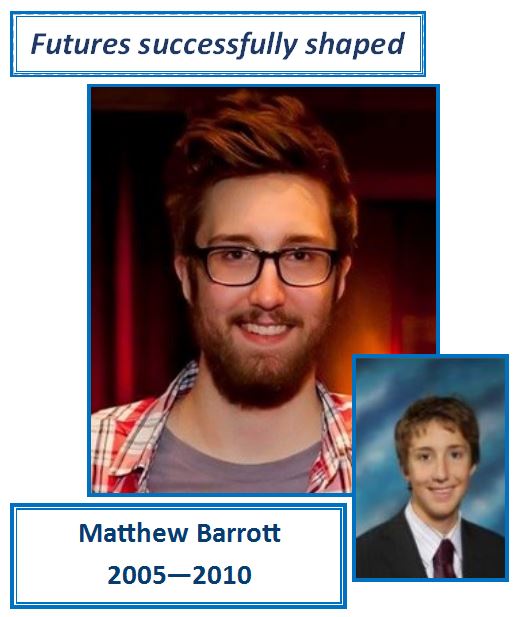 At MHS I took the options in Year 9 of German, history and triple science. I participated in the science & technology club as well as the volleyball and climbing after school. I helped the school as a prefect and I was also a member of the concert and jazz bands playing the trumpet; the intermediate band playing the E-flat horn; and the trash band playing… well, trash! I enjoyed playing in the bands immensely, as a social experience and also to aid my musical learning.

I always wanted to work in the science and technology industry, at an early age as a marine biologist, though I moved on to an interest in physics, astronomy and computing. After leaving MHS I went to Colchester Sixth Form for two years, studying A-Levels in physics, maths and chemistry. I studied AS-levels in biology, electronics, further maths and science in society. I then went to study physics with astronomy at the University of Southampton for three years.

A few of my most memorable moments were of Mr Knights’ and Mr Shiplee’s physics and chemistry classes, and the exciting experiments we did in those. Also Mr Edwell’s history class, who was a fantastic teacher. The history trip to Belgium and the sites of WWI will always stick in my mind. I also took part in the German exchange programme where we went to stay with German families in Frankenberg, and then the German students came to stay with us in the UK, which was a great experience.

After uni, I joined BT as an apprentice Cyber Security Engineer, where I get to study and learn the growing industry of Cyber Security in the workplace whilst also attending university again to study security at De Montfort University, Leicester. I progressed into my second year of the apprenticeship and have gained valuable experience and knowledge since starting, and hope to continue to work in this industry.

I have recently finished a Cyber Security Bachelors at De Montfort University and I am now working as a Cyber Intelligence Analyst at Electronic Arts (EA), focusing on Threat Intelligence and Incident Response.  Its a fantastic job and a fantastic company to work for.